So I’ve been skimming through this month’s upcoming IM product list. Same ol’, same ol’ mostly. I’m too lazy to even write about most of that. But Clickbank Pirate has caught my attention after all. And it’s because I think they have something really useful to offer. I have my concerns about it too though.

First of all, they have a great concept. They too have noticed what a poor job most Clickbank merchants do when it comes to providing resources for affiliates. You’re basically on your own 99% of the time out there. And that’s a pity, because they would make so much more money by supporting their affiliates properly.

So Soren Jordansen & Cindy Battye have taken this fact to create a product. They took a great marketing model that list building is and applied it to several Clickbank products to offer to affiliates what the merchants don’t. They have set up turn key systems, providing you even hosting and autoresponders so all you have to do is send traffic. And since everything else is done professionally, you have the best chances to convert that traffic that you could possibly get. 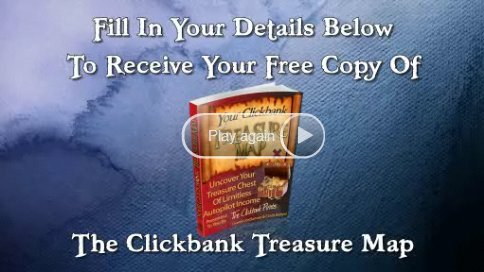 Now as I said, I have my concerns about it too. First of all, there’s only very limited amount of these turnkey systems. They offer 5 on sign up and 1 every following month. That means, there will be a bunch of same sites competing with each other. To what extent that problem will grow depends on how active other members will be. But even having in mind that most people will do a sloppy job to compete, 5 + 1 a month is a small enough number to become a problem I think.

Another concern I have is that the great benefit of not having to lift a finger to maintain the sites and autoresponders may turn out to the worst. What if they experience technical difficulties, what if something else happens? I for one am all for as much control over my assets as possible, so I would rather maintain them myself.

There’s a sneaky solution to both problems, though. Who prevents you from copying the stuff and taking it over, modifying it to make it more unique? Well, I can’t confirm if Clickbank Pirate folks would be ok with that, but since we’re becoming ‘Pirates’… 😉

So to conclude, I gotta say I’m rather intrigued and interested in Clickbank Pirate service. I don’t recall other services that do this exact thing. There are some PLR services that partly cover it, but not consistently and with no such hands-off approach. It might very well add some to your income quite easily, so I think it’s worth checking out.