This is an entry for Xtreme Traffic Arbitrage, a course and software on using free traffic getting methods to make money online by Imran Sadiq and Kieran Gill.

Have you ever heard of a business, and just thought to yourself, “How in the world did they think of that”? Or maybe you’ve been struck a couple of times with, “Why didn’t I think of that”? Sometimes, you wonder what could have given a person that idea, or how they turned that idea into a multi-million dollar company.

I remember hearing about this one site a couple of years ago. It was called the Million Dollar Homepage. Sound familiar? Alex Tew had the brilliant idea of selling pixels on his web page, displaying ads from different websites. How it worked, was people would buy a certain amount of pixels on his site, and he would display their ad in that space. At first, people laughed at this idea—that is, until they realized that he was cashing in big from this idea.

This is an entry for Click N Bank, a software to create high converting websites by Tim Bekker and Jesse Regan.

This is an entry for Auto Traffic Hijack, a software for getting targeted traffic by Jason Johnson and Jani G.

You know those little meta keyword tags that you work so hard to fill with meaningful words related to your business? Well, according to Matt Cutts, a Google Software Engineer, they’re useless when it comes to Googles organic search results. In fact, Google is ignoring these tags completely when ranking sites in their search results.

As many of you will already be aware traffic is the bread and butter of any online business. If you have no one coming to your site then you will have no one seeing what you’re writing or what you have to sell. This is why a lot of people have turned to paid advertising like cost per view or per click so that they can be assured a lot of people will be able to see their advert. The thing with this is that now there are so many people using it that the prices are getting quite high especially in the highly populated niches. Profit margins are being squeezed and so you have to make sure your adverts are getting the most amount of click throughs from the best quality traffic. 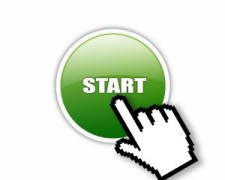 Most of the material on the make money online topic out there is backwards. When they are supposed to start teaching people how to make money, they start with methods or techniques. They tell you how SEO works, how to build links, how to use PPC, what monetization for your site to use, and so on. I’m guilty of that myself too. So let’s step back for a minute and go back to the roots of the problem.

The first step is very important because if you don’t get it right, everything you build has no foundation and will fall apart sooner than later. Sadly this is exactly the main reason why most beginners fail.

This is an entry for Mass Money Makers, a course that explains the method to run an online business on autopilot by Alen Sultanic and Matt Bacak.

This is an entry for The Blueprint Project – Black Edition, a video course and tools for running your own e-commerce store by Tim Godfrey & Steven Clayton.

This is an entry for Affiliate Scalper, a traffic generation and monetization software by Kelvin Houghton.