When a big guru like Anik Singal announces a new release of his product the industry is always abuzz. Sometimes it’s just a hype, other times there is something to buzz about indeed. This time it’s Affiliate Classroom 2, the sequel to Anik’s first Affiliate Classroom.

Affiliate Classroom was kind of a big deal. It was known in the industry as one of the most complete courses on affiliate marketing. The students reported quite a success, most of them the classroom being the sole resource they needed. The courses included everything about Internet marketing from the very basics to more advanced topics, technical topics such as HTML and website development. It included video recordings of live seminars and case studies. On top of it all, there were private forums with helpful coaches and other members. 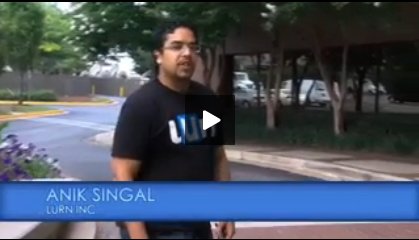 This time Affiliate Classroom re-opens with a lot more to offer. The new features include:

It shows that Anik was not wasting time since opening Affiliate Classroom the first time. But despite all the features, there’s still “what’s in it for me” questions un-answered…

First of all, I’m gonna say that like it’s predecessor, the second version is also geared towards novices – people who want to do something online to make money. It’s a very comprehensive tool, the training takes place monthly and a novice  is sure to learn a lot from the beginning. The success of the first classroom talks for itself.

However, if you’re an advanced Internet marketer, I don’t think there will be much excitement in this product for you. Imagine if you were finishing high school and all of a sudden you were placed in grade one. Well, that’s a bit of an over-exaggeration but the feeling is kind of the same having to re-learn everything you know very well, just to catch a few new tricks. Having said that, revising what you know is only good, especially if you think you can improve certain skills. Especially having in mind that unlike most IM courses of this level, Affiliate Classroom is very affordable.

I don’t think the tools included will surprise you. These tools are again for the novices and meant to complete the course so they don’t have to go out there buying more stuff they presumably need. For any experienced marketer, though, who has most of his tools handy and tools like simple keyword research or site builder aren’t that groud-breaking.

The bottom line is, Affiliate Classroom 2.0 is probably the most complete training available on the Internet at this price level. Anik delivers quality as usual and makes it a bargain. If you’re new to all this Internet marketing world and looking where to start, Affiliate Classroom 2 is definitely a good choice.

By the way, with all the fraud schemes very popular online nowadays and even FTC cracking down on them, being careful is only a good idea. So to end this post I want to assure you, if you don’t know Anik, he’s the real deal. I have bought his products in the past myself and I’m still alive, it’s quality stuff.